Representatives of partner universities and colleges, graduates of the Fund, parents of graduates of 2018 and friends of the Fund, all who have watched the children grow up for several years have come to wish them success and good luck. Guests of the Ceremony made a journey into the past and watched videos with shots from the 2014 and 2015 competitive selection. Then they were applicants and did not yet know that they would become scholarship holders, and later graduates of the Yerzhan Tatishev Foundation.

Among the honored guests of the Ceremony were Ultai apa and Almas Tatishev, mother and nephew of the late Yerzhan Tatishev. In her parting words to the graduates, Ultai apa spoke about the chosenness of each of them, the importance of professional growth and the need to use education as a springboard to conquer even greater peaks. A longtime friend of the Fund, Madina Karsakbaeva and one of the first graduates of the Fund, Nursultan Belkhodzhaev congratulated the children and presented them with souvenirs. Graduates expressed gratitude to the Fund for all-round support and incentive for development: high requirements for academic performance and volunteer work have raised awareness and responsibility for their lives in them, the ability to empathize and help those who need support. The guys thanked the university and colleges for their happy students and invaluable knowledge, which became the foundation of their personal and professional development. Words of gratitude from parents were also expressed by the father of Daria Amirtay, the first graduate who studied for a grant from the Foundation Alumni Club, Mominali Amirtaev.

The children delighted the guests with their creativity: the graduates showed a video of their own production about what their native Fund means for them, and the graduate of the current and last year’s scholar, Akerke Mazhitova and Temirlan Kudaibergen sang the songs “Zhanym, Kazak” and “Zhayau”. The closing speech was made by the President of the Foundation, Dana Zharikova, and launched a burning candle, a symbol of each of those present participating in the noble mission of the Foundation Yerzhan Tatishev. 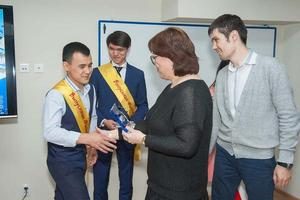 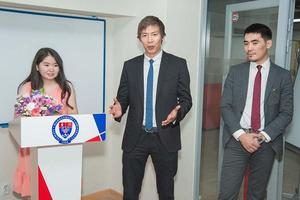 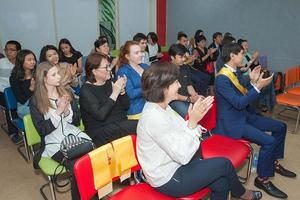 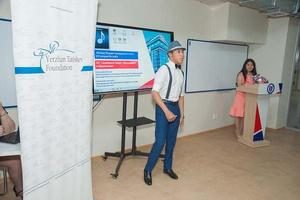 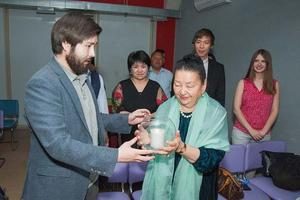 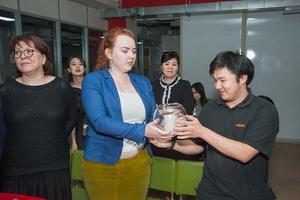 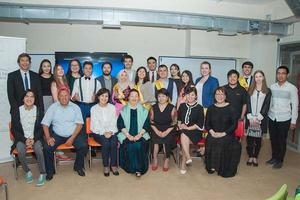