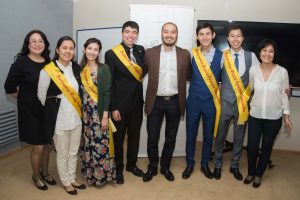 On may 26, 2017, the seventh ceremony of honoring the graduates of the Yerzhan Tatishev Foundation was held. Just yesterday we congratulated the guys on the successful completion of the competition, and today they have completed their studies at universities and colleges and received long-awaited diplomas. This year the Foundation honored five of its wards, three bachelors and two College graduates: Aidana Baigutanova (KIMEP University), aisul Yenikeev (Suleiman Demirel University) , Nurlybek Musatayev (Almaty University of Management) and Azamat Orazbek (Kazakh College of physical culture, tourism and service), Damirkhan Ibralinov (Almaty Kazakh-Turkish College of Humanities and technology).

Among the guests of the event were representatives of partner universities of the Program, partners and friends, parents of graduates and fellows of the Fund. The guests were presented videos with shots from the competitive selection of 2013 and 2014 and volunteer projects of current graduates. Then the guys were only applicants for the grant and tried to show their best qualities and skills, and today they have become an integral part of the history of the Fund. Guests and heroes of the occasion again plunged into a time when each of them made their first tentative steps, corrected mistakes and achieved their goals. Each of them, carrying out volunteer projects, learned to empathize and knows how to help in a difficult life situation.

Chairman of the Board of Trustees and Founder of the Fund, Yerkin Nureldaemovich Tatishev congratulated the graduates of 2017. Erkin Nureldaemovich wished graduates to achieve career heights, success and interesting beginnings. Speaking farewell to the new generation of graduates, Erkin nureldaemovich stressed the importance of critical thinking, the ability to analyze and spoke about his vision regarding the criteria for obtaining knowledge that would meet the requirements of today. The guys said words of gratitude to the native Fund and their universities, because for each time students can be called a school of life, when they crossed the threshold of youth, became responsible and now consciously build their future. Guests of the Ceremony, Director of the corporate development Department of KIMEP University, Raushan Kanaeva, financial Director of “Eldorado Invest Company”, Gulbanu Sydykovna Akbalaeva and Director of the law firm” Integrites”, Kurmangazy aitkazyevich Talzhanov highly appreciated the contribution of the Fund to the education of young and motivated people and wished the children a great and bright path.

The evening was decorated with musical numbers-a song performed by its author, Damirkhan Ibralinov and the song “Kazaktay El kayda” performed by Azamat Orazbek. Damirkhan told about his happy student life and time spent with the Foundation. Graduates showed videos about funny moments in the life of students. Words of gratitude on behalf of parents of graduates were expressed by Nurlybek Musatayev’s mother, Gulzhan Kairzhanovna. The solemn part of the holiday was completed By the President of the Fund, Dana Zhenisovna Zharikova, wishing them to conquer new heights. By tradition, a candle was launched into the hall as a symbol of the involvement of each of those present in the noble mission of the Yerzhan Tatishev Foundation. 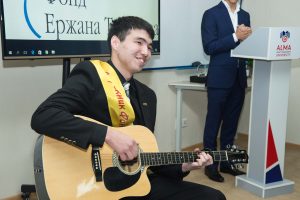 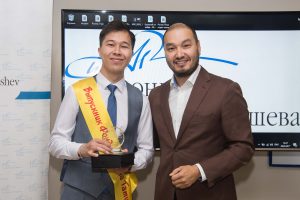 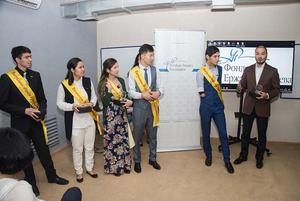 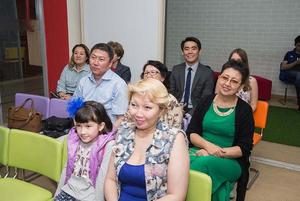 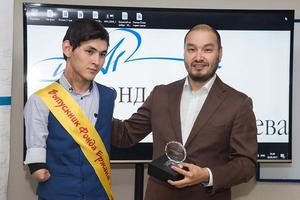 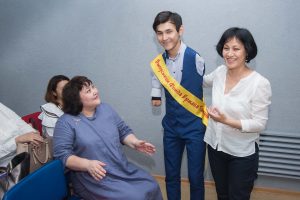 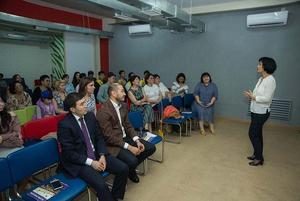 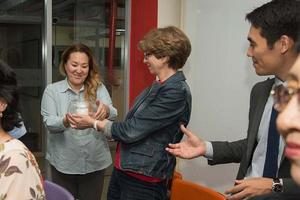 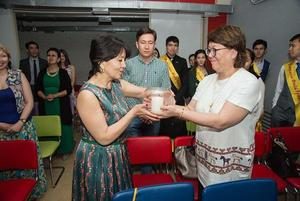 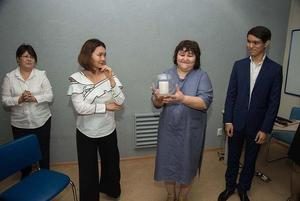 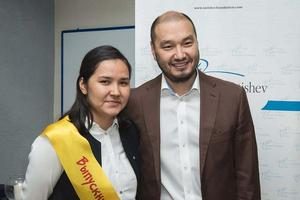 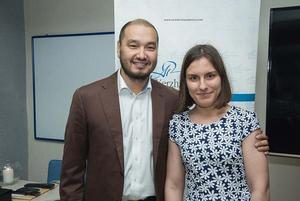